The Bookstore In The Grove Is Closing. It Won’t Be The Last

Felice Dubin is tired. For the past decade she has stocked the kitchen, sold the books, swept the floors, paid the bills and kept the lights on at The Bookstore in the Grove. “We’re in business ten years, and now I’m gonna retire,” she exclaims, with a sigh of relief. Felice was born in Brooklyn but raised in Barranquilla, Colombia. She moved to Miami in her last year of high school. Before she owned the bookstore she manufactured children’s clothing and worked in real estate. “And then I went into this, because the community didn’t have a bookstore,” she says. Today you can get the latest trade paperback, an organic smoothie, and a darn good turkey sandwich, all under the same roof. Nobody bothers you if you stick around for a few hours to get some work done, either. 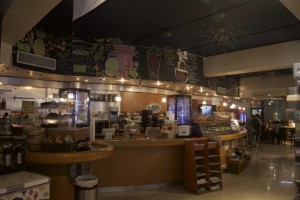 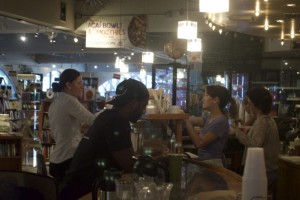 But as of June 18, there will be no more The Bookstore in the Grove. Unless Felice can find someone to buy her business and take over the lease, there will be no more readings or book signings, no more cafecitos or empanadas, no more lunchtime sandwich rushes, no more children safely hanging out for hours after school, diffidently waiting for their parents to get off work and pick them up. “It’s going to be sad to see it go… The community is devastated,” says employee Samantha Souvigny. 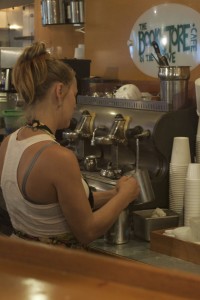 Samantha’s only been working at the bookstore since the start of the year, but she already greets each customer by name and asks if they’ll have the usual. She and the other 19 employees won’t be out of a job come August because of poor sales or paltry profits. Rather, the Bookstore in the Grove is closing its doors because, like millions of other baby boomers, its owner is set to retire. “I’m doing everything myself, and it takes a toll, and I’m not getting any younger,” says Feliz, who is 69 years old.

Baby boomers like Feliz own close to 50 percent of U.S. small businesses, and they’re shuttering their doors across the country as they set off on the road to retirement. Dubbed the “silver tsunami” by Project Equity, a nonprofit that helps businesses transition to an employee-ownership model rather than close their doors, the wave of Feliz-like retirements threatens to re-make the Florida small business landscape. The 168,000 baby boomer-owned outfits in the state employ some 1.4 million people who could be left jobless as their employers retire.

“Nine out of 10 businesses that go on the market don’t sell,” notes Russell Cohen, a business broker. He helps some 40 businesses a year change hands.

“If you’re gonna sell,” Cohen advises, “you need quality bookkeeping, a strong lease in place to transfer, the ability and willingness to transition the business, and you gotta have strong infrastructure in place.”

“The business needs to be able to function without the owner. You’re creating a piece of machinery and the function is to bring in revenue and create profit,” explains Jacqueline Sousa, regional director of the Florida Small Business Development Center at Florida International University. “This is something we’ve been thinking about because we are seeing the trend.”

Both of them note that successfully selling a business is something that takes years of planning. Sousa suggests entrepreneurs “start thinking about the end game” on day one.

The trend has been borne out in other Miami industries. Jewish delis, which once dotted Downtown and The Beach, have closed as their owners and customers have aged. Wolfie Cohen’s Rascal House, Wolfie’s, and Jerry’s Famous Deli have all shuttered in the past decade and a half.

A lack of millennials willing to take over disappearing mom and pop shops like the Bookstore in the Grove doesn’t help, either. According to a Wall Street Journal analysis of census data, the percentage of people under 30 who own a business is the lowest it’s been in 25 years.

That’s mainly because of rising levels of student debt, which is also keeping millennials from buying houses, or spending all their hard-earned cash on avocado toast.

“Most of our buyers are not young 25 to 30 year olds, but 40 to 50 year olds who have worked their whole life in Corporate America and want to be an entrepreneur,” says Cohen.

Felice thinks the fact that the rent is set to triple on the Bookstore in the Grove’s space is what’s scaring away potential buyers.

Bookstores are notorious for being a business that bring in a small amount of money relative to the square footage they need to occupy. That’s part of the reason that successful Miami franchise Books and Books sells so much food and alcohol.

According to commercial real estate search engine Loopnet, the average price of retail space in the City of Miami has shot up from $235 a square foot in 2015 to almost $270 today, further putting profitability out of reach.The Bookstore in the Grove has been more than just a business, though. It’s been a gathering place, an unofficial civic forum, a safe spot for kids, and a haven for anyone looking to escape the crippling summer heat. More than one The New Tropic story has been written from its comfortable couches and quiet corners.

It’s been that way for over a decade, and the fact that no-one has showed up to take over the business means that Miami is now down to less than a handful of independent bookstores. Books and Books, Dunbar’s Old Books, and The Kendall Book Exchange are all that remain for English readers.

Readers can only hope their owners have plans in place should they decide to retire.

Asked how she plans to spend her time after the doors to the bookstore shut for good, Felice replies: “I’m gonna play it by ear.”